How to Prepare for the End of HAMP

Homeowners struggling to pay their mortgages may be eligible to modify the terms of their first mortgage under the Home Affordable Modification Program (HAMP). Qualifying homeowners are offered a modification that lowers their monthly mortgage payment to a targeted thirty-one percent of their monthly gross income under HAMP Tier 1. Other homeowners may be eligible for a reduced payment under the alternative HAMP modification known as HAMP Tier 2. More details can be found at NCLC’s Foreclosures and Mortgage Servicing § 5.8.2.

HAMP and other Making Home Affordable (“MHA”) programs (2MP, UP, and HAFA, as described below) will sunset at the end of 2016. More detail is found at the online version of NCLC’s Foreclosures and Mortgage Servicing § 5.8.2.1a. This article also relies extensively on Treasury Supplemental Directive 16-02 (March 3, 2016) (“Treasury Directive”). In addition, a client information flyer is available here.

HAMP remains available for homeowners who submit an Initial Application Package on or before December 30, 2016. The Treasury Directive requires that the package include:

It is risky to provide incomplete income documentation because the application may not be considered adequate and time may run out to submit an adequate application before the end of the year. The safest course is to advise borrowers to apply well before December 30, 2016, so that the borrower has a greater chance of submitting all the necessary proof of income before the deadline. If a borrower submits all other enumerated documents and at least some evidence of income by December 30, 2016, however, the borrower should be deemed to have submitted an Initial Package by the deadline. See § 5.8.2.1a.1.

RESPA rules set out servicer processing deadlines. See § 5.8.2.1a.4. If a servicer’s delay or failure to comply with the RESPA rules results in a borrower losing HAMP eligibility because the modification cannot be finalized by December 1, 2017, the borrower’s RESPA actual damages might be significant – including the difference between the HAMP modification payments the borrower would have qualified for and the current contract terms, as well as the HAMP performance incentives that the borrower would have received. See § 3.2.10. If a borrower makes an application on or before December 23, 2016, and the servicer fails to send the notice required by 12 C.F.R. §1024.41(b)(2) identifying the documents needed to complete the application, resulting in a failure to submit an Initial Package by December 30, 2016, the borrower might have substantial damages if he or she would have qualified for a HAMP modification.

The Treasury Directive provides that MHA Help and the HAMP Solutions Center (HSC) will no longer process new escalation cases initiated after December 1, 2017. See § 5.8.2.10 for a discussion of “escalation” or contesting servicer decisions. Any pending escalations with these entities must be resolved by May 1, 2018. If MHA Help or the HSC determines that the borrower was eligible for a modification, but the servicer is unable to complete the modification or other program by December 1, 2017, the servicer must offer the borrow a “comparable loss mitigation solution.”

Deadlines for Other MHA Programs

According to a Treasury Directive, borrowers who need a 2MP modification (described at § 5.8.3) or cancellation of a second mortgage should be reviewed for 2MP provided that the borrower has applied for HAMP on the first mortgage by the end of the year and the second mortgage servicer receives notification of a HAMP modification on the first mortgage for the property (a “match”) by March 17, 2017. If notification of the match is after March 17, the servicer may offer 2MP at its discretion. Any 2MP modification or lien release must have an effective date on or before December 1, 2017.

The Treasury Directive for the wind down of the MHA Unemployment Program (“UP”) (described at § 5.8.4) provides that servicers are no longer required to evaluate borrowers for UP, and may offer a proprietary forbearance plan instead. Servicers may evaluate borrowers who complete an UP forbearance plan on or after December 31, 2016 for HAMP only if the borrower submitted an Initial HAMP Package by December 30, 2016. See § 5.8.2.1a.3.

To qualify for the Home Affordable Foreclosure Alternatives (“HAFA”) program (described at § 5.8.5), the The Treasury Directive requires the borrower to have applied no later than the servicer’s HAFA application deadline and the servicer must have sent by December 30, 2016 the short sale preapproval notice, offer for a deed in lieu of foreclosure, or approval of an executed contract for short sale.

For More Information on HAMP 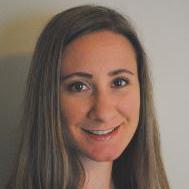 Sarah Bolling Mancini is a staff attorney focusing on foreclosures, mortgage lending, and credit reporting issues. Sarah previously worked in the Home Defense Program of Atlanta Legal Aid, and has represented homeowners in litigation in state, federal district, and bankruptcy courts. She also clerked for the Honorable Amy Totenberg, U.S. District Court for the Northern District of Georgia. Sarah is a member of the Georgia Bar. She received her B.A. in public policy from Princeton University and her J.D. from Harvard Law School. 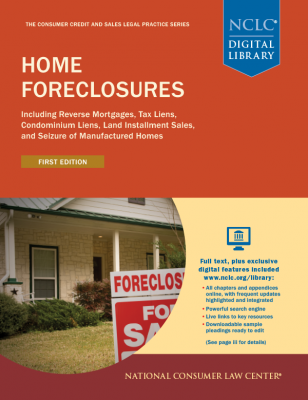 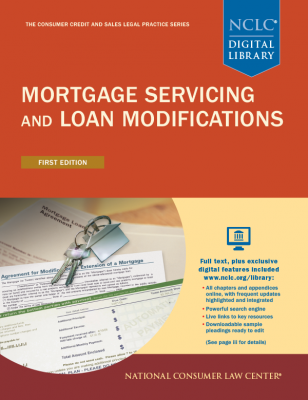