Breazeale v. Victim Servs., Inc., 2017 WL 6601779 (9th Cir. Dec. 27, 2017) is an important decision with potentially broad consequences for litigation involving the commercialization of the criminal justice system. The court held that the Federal Arbitration Act, 9 U.S.C. § 1, et seq., does not apply to agreements between individuals and private contractors acting on behalf of the government, at least where the "agreement is a plea agreement, quasi-plea agreement, or deferred prosecution agreement." Id. at *7. The decision may help reduce the likelihood—and in some cases, emerging reality—that predatory companies that profit off the criminal justice system will avoid litigation by forcing criminal defendants, probationers, prisoners, and others to enter into arbitration requirements.

The consumer abuse at the core of the dispute is, unfortunately, not uncommon. The defendants are private companies that receive reports of bounced checks from retailers. Operating under a contract with local district attorneys, the companies send consumers letters, on district attorney letterhead, threatening them with prosecution and potential incarceration if they do not pay the company various fees and participate in a program administered by the company.

Even though, as a practical matter, bouncing a check rarely results in prosecution, these tactics often pressure the consumer to pay the company their fees. Check diversion companies around the country have profited tremendously off schemes like the one alleged here. For more on such companies and on consumer rights where a check has bounced, see NCLC’s Collection Actions chapter 8 (4th ed. 2017). What is distinctive about the Breazeale case is that the check diversion company tried to insulate itself from liability for misconduct through a forced arbitration requirement. In the same letter that threatened consumers with prosecution, the company inserted an arbitration requirement that the consumer would purportedly enter into by returning the fees demanded by the company.
When the plaintiffs sued the company for violating debt collection laws and committing various unfair practices in violation of state law, the company moved to compel arbitration. The district court denied the motion, and the defendants appealed.

Consumer Arguments Not Addressed by the Ninth Circuit

The Amicus Curiae Brief Of Public Justice, the National Consumer Law Center, Towards Justice, and Professors of Arbitration, Consumer, and Contract Law in Support Of Plaintiffs-Appellees had argued (1) that the consumer paying the fees to the check diversion company could not be considered voluntarily entered into the arbitration agreement because she returned the money under threat of criminal prosecution, and (2) that if the court were to decide that the consumer agreed to arbitrate, it would have to resolve whether, as a constitutional matter, a state actor could force individuals into private arbitration.

Basis for the Ninth Circuit Ruling

The Ninth Circuit sided with the consumer on different grounds, by reasoning that the Federal Arbitration Act (FAA) does not apply to the contract at issue. The court noted, first, that the "point of the FAA was to enforce private agreements between contracting parties," and that as recently as Concepcion, the Supreme Court has emphasized that the FAA’s "principal purpose is to ensure that private arbitration agreements are enforced according to their terms." Breazeale, 2017 WL 6601779, at *8 (quoting AT&T Mobility LLC v. Concepcion, 563 U.S. 333, 341 (2011)) (internal quotation marks and alterations omitted). Because the contract at issue in this case was not a private or commercial contract, but rather a requirement imposed by an "entity acting on behalf of a prosecutor," the arbitration term did not fall within the scope of the FAA.

The court’s reasoning in Breazeale is fascinating and important, but it will not bear on the vast majority of arbitration requirements that consumer advocates confront in their practices. The reasoning underlying the FAA section of Breazeale only applies where one of the parties to the dispute is acting on behalf of the government. Even that may not be enough to bring the contract outside the scope of the FAA, as much of the court’s analysis focuses on the fact that the contract at issue here can be likened to a plea agreement.

Over the past several decades, states and local governments have increasingly delegated core functions of their law enforcement and criminal justice systems—traditionally public services—to private companies. From private diversion programs (like the one at issue here) to commercial bail to supervisory monitoring to prison services to court-ordered rehabilitation programs, the American corrections industry has worked with governments to commercialize nearly every stage of the criminal justice system. See Amicus Curiae Brief Of the American Civil Liberties Union Foundation, Inc., in Support Of Plaintiffs-Appellees.

These firms frequently market their services to states as a way of achieving costs savings. But those "savings" are rarely achieved via efficiencies in service provision; rather, these arrangements almost inevitably have the effect of sharply increasing the financial costs that are imposed on economically vulnerable individuals processed through the criminal justice system—proceeds that are often shared by contractual agreement between the private company and the state. Indeed, the private companies that carry out criminal law enforcement functions often pitch their services to governments by advertising their "offender-funded" business model, where costs are borne by criminal defendants. This common arrangement creates a direct conflict of interest between the private company administering the program and the accused offender subject to imprisonment or potential prosecution—resulting in rampant consumer abuses.

This decision thus represents an important bulwark against the unique abuses that result from the commercialization of our law enforcement and corrections systems. Consumer litigation involving criminal justice debt is an emerging area of consumer law, with consumers increasingly bringing lawsuits under consumer law theories for damages and injunctive relief. See NCLC’s Collection Actions chapter 11 (4th ed. 2017). In response, companies active in the corrections industry are likely to seek protection against such lawsuits. One avenue will be for the collectors, as in Breazeale, to force criminal justice debtors to enter into arbitration agreements.

Where states outsource core components of their law enforcement or corrections responsibilities to private companies, individuals frequently enter into commercial transactions under the coercive threat of criminal prosecution. In such cases, the consumers who "accept" the terms of a company’s service have little practical choice or meaningful negotiating power—their choice is to accept the proffered terms of agreement or suffer adverse consequences under criminal law. Because criminal justice debtors are particularly vulnerable—including but not limited to situations where incarceration may be a realistic consequence of non-payment—these companies are in a strong position to force an arbitration agreement on the consumer.

If enforceable binding arbitration requirements were allowed to proliferate throughout our criminal justice system, vulnerable consumers would have fewer mechanisms of recourse to protect themselves from predatory companies that act—or appear to be acting—under the state’s prosecutorial authority. Such a world would present a host of procedural and substantive concerns, while disrupting the ability of individuals to safeguard their fundamental civil rights. Information about misconduct could be confined to private arbitration, permitting abusive and illegal behavior to continue without accountability that accompanies public adjudication.

But under the logic of the court’s reasoning in Breazeale, the Federal Arbitration Act should not apply to any arbitration requirements purportedly entered into exchange for avoiding a criminal justice consequence like prosecution or incarceration. It remains to be seen how widely this logic may be applied, particularly with respect to consumer transactions that occur under the shadow of criminal law proceedings, but in contexts that are less easily analogized to plea bargaining or deferred prosecution agreements. In such cases, practitioners should be familiar with the arguments presented in the amicus brief described supra that offer additional grounds to challenge such arbitration agreements. Of course, there also are many other approaches to challenge an arbitration requirement, even one not involving criminal justice debt, as set out in great detail in NCLC’s Consumer Arbitration Agreements (6th ed. 2017), updated at www.nclc.org/library. 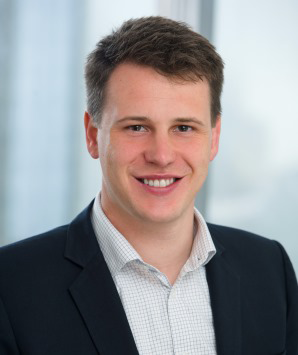 Brian Highsmith is a Skadden Fellow at the National Consumer Law Center, working on criminal justice debt and the criminalization of poverty in various consumer law contexts. His litigation and advocacy aims to address the different ways that interactions with our criminal legal system result in unfair and unaffordable financial obligations for low-income families.

Prior to joining NCLC, Brian worked on domestic economic policy with a focus on income support programs and fiscal policy—including as an advisor at President Obama's National Economic Council, the Center on Budget and Policy Priorities, and the office of Senator Cory Booker. During law school he practiced consumer litigation at the New York Legal Assistance Group and Gupta Wessler PLLC and was a law clerk in the civil rights office of Maryland's Attorney General.

Brian is a graduate of Yale Law School and Furman University; he is admitted to the Maryland bar. 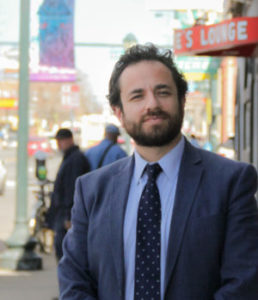 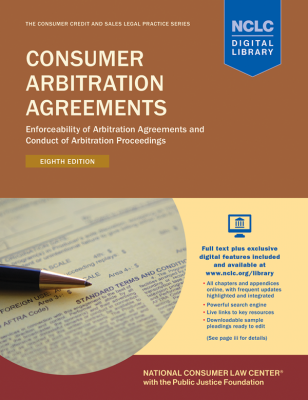